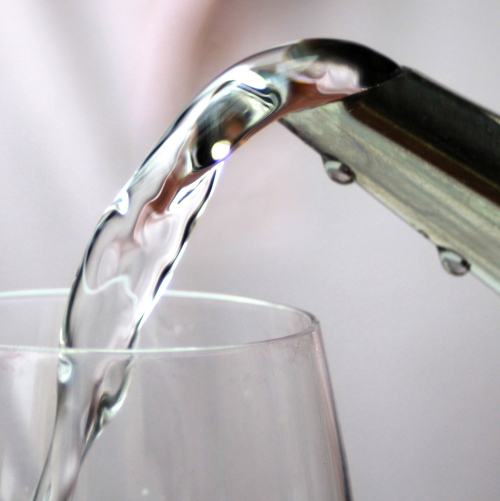 The team here at Brampton Brinkley Dental, as you might expect, take the issue of dental care very seriously. I’m sure you hope that we do! With this in mind, an ongoing topic of debate that we have yet to discuss here on our blog page is that of fluoride. Many have an opinion on the topic, both pro and con. When should it be introduced? Should it be in our drinking water? Should I have additional fluoride treatments at the Dentist office? Today, we will do our best to examine the issue of fluoride and what it means to you and your teeth.

Research into fluoride in water began as early as 1901 in the US and in the 20’s and 30’s in both the US and England. A causal relationship between fluoride levels in water and lack of tooth decay was more clearly defined by research studies in the early 1940’s and by 1945, fluoride was being added to some water supplies in the states of Michigan and New York. By 1955 it was added to the water in some parts of England. In fact, in England, there are actually many areas where fluoride naturally occurs in the water even today and where decay rates are significantly lower than neighbouring areas where no fluoride exists in the water supply. On the whole, research has determined that adding fluoride to the water improved dentition of local inhabitants while not showing any increase in detrimental side effects. Today, more than 40 countries offer at least some level of added fluoridation to their water supplies with no harmful effects shown in ongoing research.

More recently, fluoride has been called into question and the issue of adding fluoride to water has been reexamined. Parents are asking whether it is really necessary and at what age should toothpaste with fluoride be introduced to children. Allegations around fluoride being linked to increases in cancer, Alzheimer’s and more, have surfaced on the Internet. We defer to the journal Nature who found, in an examination of over 3,000 studies, “that there was no clear evidence of any adverse effect from water fluoridation.” Additionally, this same publication suggests that “there are populations that have been drinking naturally fluoridated water at around 1ppm for centuries for whom no obvious adverse effects have been demonstrated (and) Recent studies have supported the proposition that there is no chemical or biological difference between naturally and artificially fluoridated water7, 8.” (1) Finally, we also found both WHO, the World Health Organization and the US Centres for Disease Control and Prevention regard fluoridation as one of the “greatest public health achievements of the 20th century” (2) and that they recommend water fluoridation wherever feasible.

There are of course, two sides to every story and we have chosen here to present statistical facts as published in well-respected publications. The fact that tooth decay is on the rise in recent years may in fact have something to do with the increase in use of bottled water and therefore a reduction in the amount of fluoride to which children would normally be exposed. We like to subscribe to the age-old proverb, “all things in moderation” and so, as a final word on the subject we defer to both the ADA and CDA who recommend that around age 3 you can start to use a toothpaste with fluoride in it. Combined with the assumption that it’s ok to drink the tap water – this should give your child plenty of exposure to fluoride for it’s beneficial attributes. We invite you to join the conversation about fluoride by visiting our friendly offices here in Brampton anytime. In the meantime, as always: ”don’t forget to be a BFF with your mouth and Brush that SMILE!”